In addition to federal laws, the state of California offers a Labor Code that creates even more protections for employees. Unpaid wages can come in many forms and as an employee you have a right to the compensation that you have earned.
110+ positive reviews from our clients. Average Rating: 4.9
Schedule a Free Consultation
No Recovery | No Fee

As an employee in Los Angeles, it’s critical that you are being paid for all of the hours that you work.

Under the federal Fair Labor Standard Act (FLSA) there are certain protections afforded to employees that establish minimum standards with respect to labor practices, wages, and hours.

In addition to federal laws, the state of California offers a Labor Code that creates even more protections for employees. Unpaid wages can come in many forms and as an employee you have a right to the compensation that you have earned. If you feel as though you are a victim of unpaid wages, there are legal remedies available to you.

Both federal and state laws are designed to protect employee rights to earn a fair wage for hours worked. However, even with these laws in place, employers often fail to properly pay their workers. And whether it is accidental or malicious does not matter. If you were not reimbursed for work expenses, not properly compensated for holiday hours, never received commission you were owed, or even not provided with a final paycheck that reimburses unused vacation days, then you may be a victim of unpaid wages.

There are many forms of unpaid wages, if you feel as though you have not been properly compensated for your time, contact our law office today to ensure that your rights are protected.

According to federal law, employers are required to pay overtime to qualifying employees at a rate of one and one half times your normal hourly pay. Over time pay is required when a nonexempt employee works over forty hours in a workweek. In addition to time and a half, California offers double-time pay.

Double-time pay is required after a nonexempt employee works over 12 hours a day or 8 hours on the seventh day of work in a week. If your employer has neglected to pay you the overtime you rightly deserve, then you are entitled to the difference.

There are many exemptions to over-time pay in California, which means that certain employees may not qualify for overtime due to their classification. As a way to save money, employers often misclassify employees in order to avoid paying overtime. Misclassification occurs when a worker is misclassified as an independent contractor or if an employee is given a “promotion” to a position in management without new job responsibilities.

Under AB5, the number of workers who actually qualify as independent contractors has decreased immensely. If your employer has not updated your employment status to reflect new laws, you may be able to bring a misclassification lawsuit.

Contact Ghozland Law Firm to learn the legal remedies you can take today.

‍The minimum wage set by the federal government is $7.25 per hour. However, the state of California offers a much higher minimum wage (and that number continues to increase).

The State minimum wage will rise $1 per hour on January 1 of each year until it reaches $15 per hour for both small and large employers in 2023.

In May 2015, the Los Angeles City Council voted to raise the minimum wage to $15 per hour by July 2020. After that, the minimum wage will increase annually pegged to a measure of inflation, the Bureau of Labor Statistics Consumer Price Index for Urban Wage Earners and Clerical Workers (CPI-W) for the Los Angeles metropolitan area. Small businesses, as well as non-profits that have received an exemption, have an extra year to comply.

Unlike most states, California does not exclude waiters and waitresses from the state minimum wage. Even if you earn a significant portion through tips, you are entitled to earn the minimum wage set forth by the state of California or your local area.

According to the wage and hour law in the state of California, nonexempt employees are entitled to a 30-minute meal break if they work more than 5 hours in a day and two 30-minute meal breaks if they work over 10. However, an employee working a shift over 5 hours is able to waive their 30-minute break as long as the employee works less than 6 hours. In addition, an employee working a shift over 10 hours may wave their second lunch as long as their shift is less than 12 hours.

Often times, employers will schedule employees for less than five hours per shift in order to avoid offering a 30-minute meal break. In this case, you are entitled to rest breaks. Every four hours of work, an employee in the state of California is entitled to a 10-minute rest break.

If your employer has denied you a lunch or meal break during a shift, there are legal remedies that you can take in order to protect your rights.

At Ghozland Law Firm our top priority is to determine the best outcome for all of our clients. Although filing a claim against your employer might feel as though your job could be in jeopardy, both state and federal law protects employees from Retaliation Firings.

As an employee, it is important that you are paid fairly for the hours you work. Unpaid wages can come in many forms and if you believe that your employer has denied you of your basic rights provided by both federal and state law, contact our firm today.

Signs of a Concussion Post Auto Accident
Many auto accident victims in West Covina assume that if they have suffered an injury, they will be able to see it. While this is often the case (deep cuts and broken bones are often visible to the naked eye), many injuries — particularly brain injuries — require medical testing in order to determine the…
What Should I Do If My Child Has Sustained Injuries From a Dog Bite?
Although we do not always hear about it, there are close to 4.7 million people bitten by dogs each and every year, and as a result, insurance companies pay out hundreds of millions yearly in dog bite claims. In some cases the attacks are minor, and in other cases they are more serious or ultimately fatal. Statistics show that every American has a 1-in-50 chance of being bitten by a dog
Toy Safety This Holiday Season
With the holidays just around the corner, kids all over Los Angeles are preparing their toy lists. Just in time, the consumer safety group World Against Toys Causing Harm (WATCH) has released its annual top 10 list of the most dangerous toys. Topping the list of dangerous toys are fidget spinners, which contain small parts…
Going Back to Work After a Motorcycle Accident
As many riders in Los Angeles know, there is nothing quite like riding a motorcycle. The adrenaline rush as you race past traffic with the wind in your hair (figuratively speaking, of course — wearing a helmet while riding a motorcycle in California is the law), the freedom, and the thrill. Unfortunately, motorcycle riding is…
Meet Our Attorneys 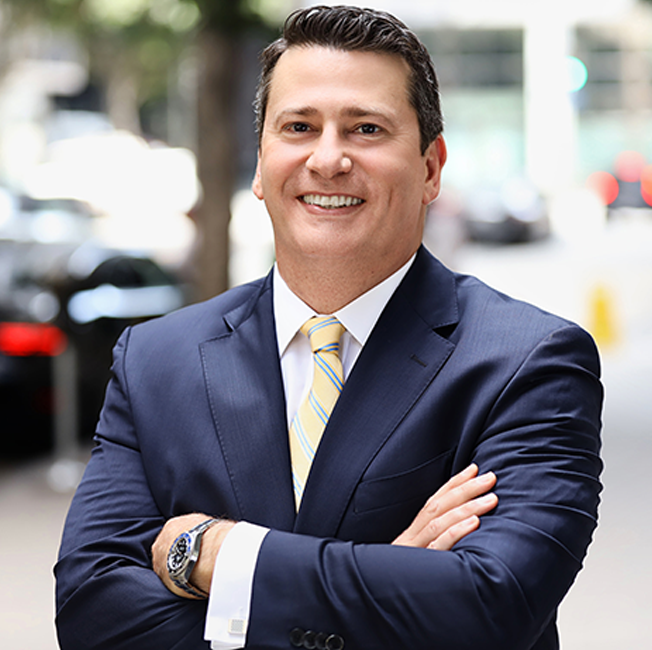 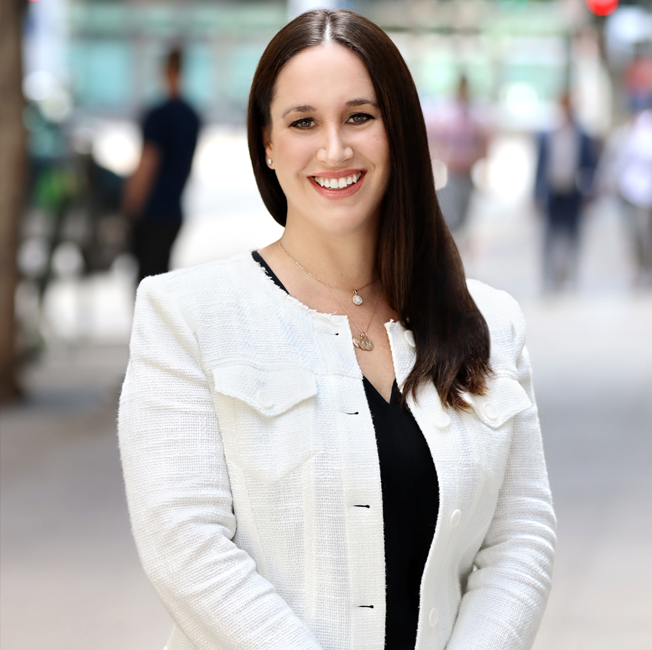 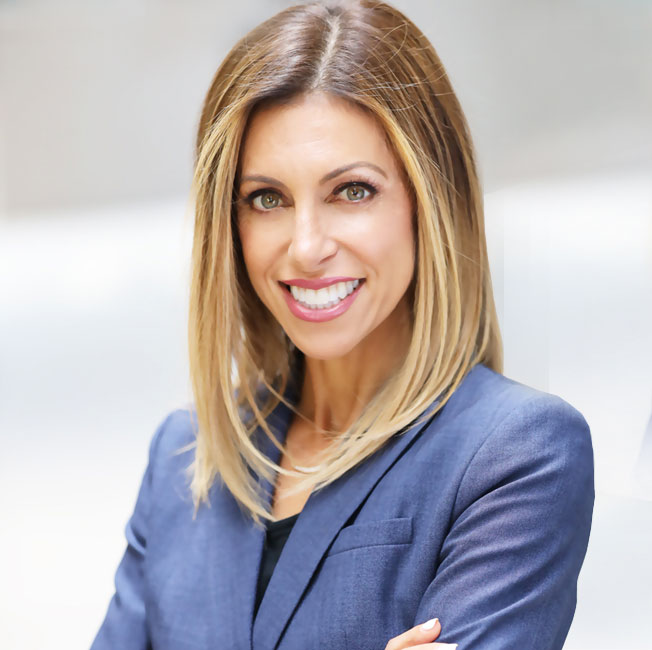 Jasmine J. And Michael have been amazing. From the date of my accident till today's date they have been by my side every step of the way. I am happy to say that i can refer them to friends and family and have faith that they will take care of other clients just as well as...

I was absolutely satisfied with the hard work that the ghozland law firm provided for me they helped me every step of the way and I felt special every time I spoke to someone on the staff . And jasmin was great . Thank you and I will refer all my family and friends.

Outstanding and exceptional law firm. Mr. Ghozland is the most approachable, knowledgeable and understanding gentleman in the legal field. His staff is always available and ready to answer any questions you may have from the most trivial to complex matters. His paralegal...